April 23, 1931 – September 29, 2022
Bernie passed away quietly at CGH, at the age of 91 with his family at his side.
Bernie was preceded by his parents Harry and Catherine Grant and was the youngest of 11 siblings that he out lived. Bernies journey is now complete back in the arms of his loving wife of 66years
Left to mourn his memory are son Robert (Kathleen)daughter Pamela 4 grandchildren Jennifer (Michael),Tyler (Rachelle),Jessica, and Sara. 3 great-grand children Breanne,Avrie and Scarlet.
Bernie loved the great outdoors, hunting and fishing. He also was a avid Bridge player where he made many friends.
Bernie was a military man who served his country from 1949 to 1973. In 1959/60 he was a peace keeper in Egypt. After retirement from the Army Bernie was employed by the BC provincial Parks at Cultas lake 13 years.
Bernie was born at Reserve Mines, Cape Breton, Nova Scotia.
A small family burial and memorial will be planned at the Fraser Family plot in Glenmont N.S. Where he will be laid next to his wife.
Donations may be made in Bernie’s name to :
Ann Davis Tradition Society
46230 Yale rd. Chilliwack bc V2P 4R6
RLeach@anndavis.org 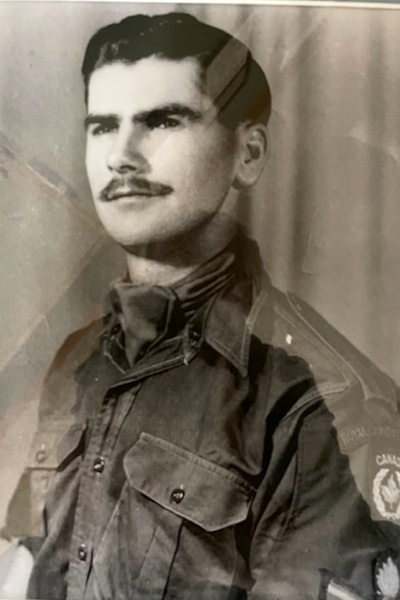